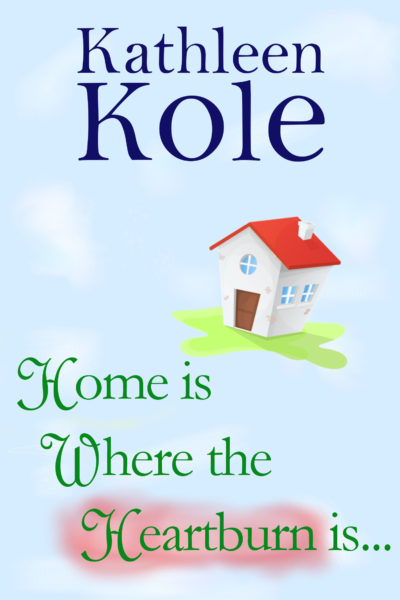 Have you ever had, “one of those days”? Of course you have and Paula Dempsey can relate; except for the small detail she’s having one of those months.

On the precipice of owning her first house with her husband, Declan, Paula is understandably excited. She has plans to turn that house into a home, fill it with light, laughter and family… if they can ever get inside.

What began as a straight forward kitchen renovation has morphed into something much more complex, making their new house inhospitable and pushing the move-in timeline further back than anticipated. Not a big deal, unless you’ve given up the lease on your apartment and have nowhere to live in the interim.

Okay, fine, nowhere might be a strong word, Paula and Declan do have one option available: Paula’s parent’s house; the least desired place that she can imagine.

Growing up under her parent’s roof hadn’t been easy. Paula’s mother had a penchant for disarray and thrived on creating it wherever possible. Paula, the complete opposite in personality, often found herself being the cleanup crew after the fallout. Not exactly memories a person would want to put in a keepsake album and, unfortunately, in the decade since she moved out all signs point to things being much the same: her mother is still her mother, her youngest sister is still in residence and her Dad is still pleasantly drifting along as though the life that happens within those walls is dishwater dull. All fine from a distance, but now that they have to get up close and personal, how on Earth are she and Declan going to survive?

Will they manage to keep their wits about them and stay a united front until they can finally move into their new house?

Or, heaven forbid, will she lose him as well in the disorder?

Only time will tell, of course, but for Paula the uncertainty of it all is enough to make her want to forgo living at her parent’s, pitch a tent, hunker down and wait for the all clear.